What Can People Do with 5G Cellular Network Technology?

Home  »  Blogs   »   What Can People Do with 5G Cellular Network Technology? 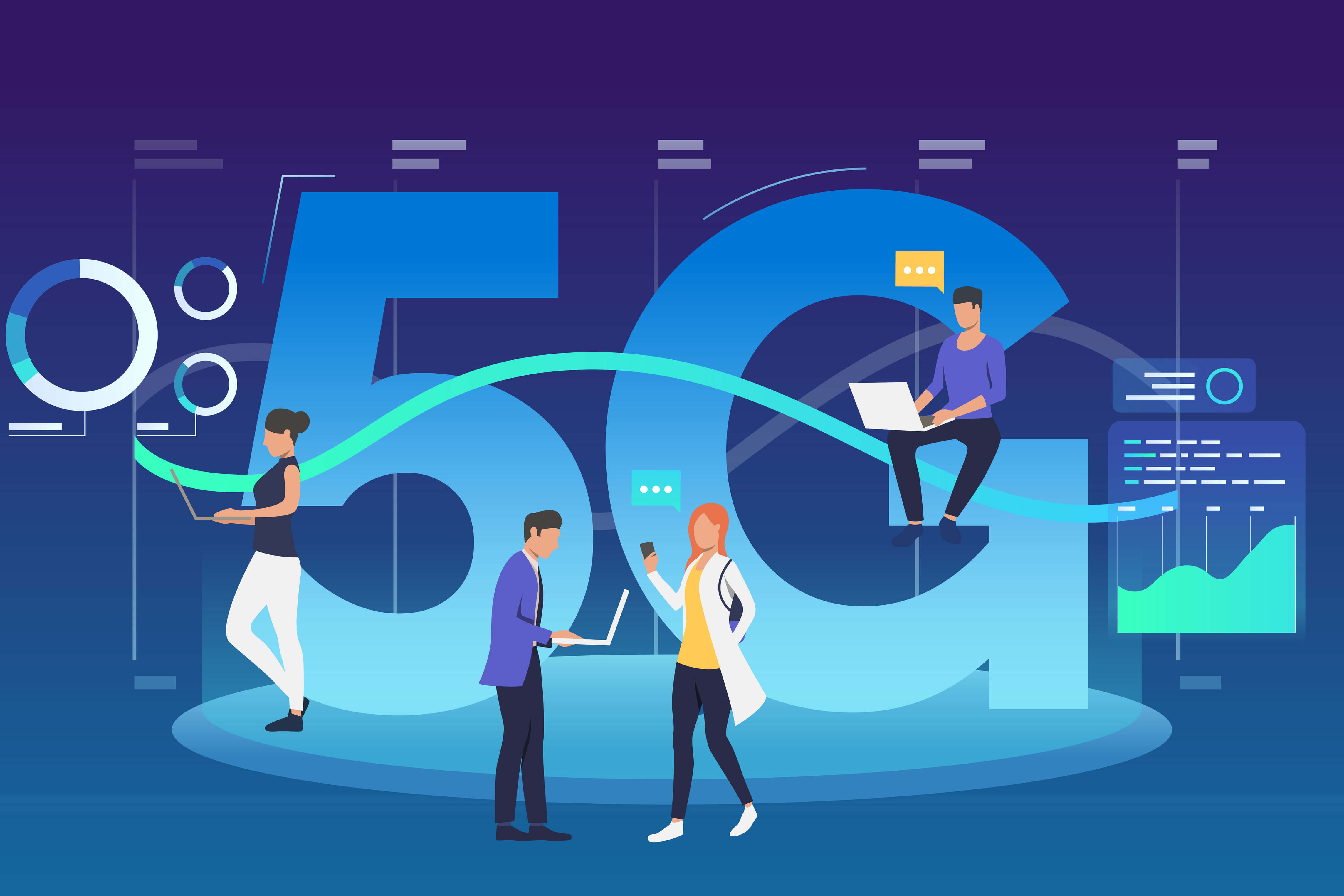 The Internet is among the most important necessities in the world now. We all have seen the internet evolving, and the 4G network is what we are currently using in most of the parts on earth. The speed of the internet that we witness today is going to manifold with the introduction of the 5G network, the fastest one to be witnessed soon.

The 5G network is the future and will produce several new possibilities not only in terms of mobile data but also for healthcare, automotive (connected cars), smart home automation, banking and finances, transportation, cloud computing, etc. We’ll see a lot of innovations getting involved in economies due to 5G networks.

5G is the fifth generation of cellular network technology. This technology will elevate the mobile network to not only interconnect people, but also interconnect and control machines, objects, and devices. It will deliver new levels of performance, speed and efficiency that will empower new user experiences and connect new industries.

It offers highly stable connections and phenomenal internet speed. The world is working hard on this to implement and few cities across the world, especially in the US, UK, and Australia, have received this, though their internet speed may differ from one another.

To compare 5G with 4G, you’ll get an average download speed of up to 1 GBPS than 300 Mbps, respectively. Imagine how the world will respond with innovation and automation all across the verticals due to such high speed.

What are The Benefits of 5G?

All the previous and current networks have suffered from various flaws, and most of them are related to internet speeds and drop in the network. Highway travelers, lesser populated locations, small cities, etc. have faced such issues the most. As 5G will be the most advanced upgrade over the 4G network connectivity, it’ll cover up all the inefficiencies that we witnessed with it. Like:

It is the most demanded feature as consumers run behind the speed of the internet. With up to 1Gbps of speed in hand, you’ll be downloading a movie in 10 sec instead of 10 min, which is the case with 4G. It has been tested in cities like Chicago (US), London (UK), and Melbourne (Australia), where the average speed is recorded between 500 Mbps to 1.4 GBPS. It’ll surely become linear though it is under development.

Network latency can be synonymous with the lag in the connection. It is the response time between our device and the server. Most of the open locations have cleared with this issue, but it occurs while traveling in elevators, metros, trains, inside closed rooms, basements, etc. As said above about the testing, the 1ms of latency will be there when the 5G is rolled out for everyone. It will be highly beneficial for application which requires real-time data like connected cars, medical surgeries, emergency assistance, etc.

IoT and AI will Rule

The Internet of Things has already entered our lives in various forms. From typing a message through voice commands to transacting money within accounts, everything is getting ruled by Artificial Intelligence. Your Smartphone itself is an AI innovation.

After the arrival of 5G, all these will get even bigger as IoT innovations will get in place to produce a highly efficient device that can give solutions as humans do. The connectivity will be bulletproof strong, and latency will exist only for its name.

What Can People Do with 5G?

Human creativity with 5G finds no limits. Artificial intelligence itself has got a lot of opportunities that will flourish with better internet speeds. The following are the five domains that may enjoy 5G to the fullest.

Though defence always gets the best quality internet and communication apparatuses, 5G will help out the system to establish better access between two machines or aircraft, trace the placements of explosives, to estimate the plan, etc.

Connected-cars are not a newer term for anybody now. We are now seeing connected cars on our roads. A vehicle that is said to be connected lets you get the dynamics and diagnosis of the entire car on a mobile app. It makes vehicle theft a much that task for intruders, and you can remotely switch on and off your car’s engine.

Car manufacturers are placing a dedicated SIM card in these cars that can track the car in real-time. It will help them in reducing the car’s speed, establish Geo-Fencing for learners and protect it from being stolen.

The gaming industry has employed AI long back where the usage of wired remote was replaced by wireless joysticks that used to respond with your actions. Virtual reality has taken the game to a whole new level with gesture commands. If you have ever visited a 3D cinema, you can witness a similar effect in VR while sitting in your home. The video technology will improve with faster data and the load time will be practically nothing.

Many people face health issues and see it growing with time because of a lack of proper instruments and necessities. AI has given medical science a lot of things that can practically save lives. For e.g., a heart pacemaker is an AI device that senses dropping pulses and pumps the heart immediately to get the situation back to normal. Faster communication will bring further enhancements to such innovations, and more lives will be saved.

Home Automation is a mix of domestic surveillance and entertainment. Setting the entire home on an automated system can be very innovative at times. Home automation is slowly getting evolved, and people are keen to know about how smart homes function.

With the Google Assistant and Amazon Alexa in the market, you can schedule or remotely turn on and off your appliance. It will be useful when you are returning from a match or gym and need a warm shower. In this case, you can remotely switch on the geyser, and by the time you reach home, your shower is ready to use. Similarly, you can schedule your AC to turn on after a set time, and our smart vacuum cleaner can do its job without being stuck between furniture.

5G will bring numerous benefits to humanity. It will not only automate most of the tasks but will also be efficient, accurate, fast and inexpensive. Its high-speed connectivity and zero latency will open up possibilities for massive innovations. What’s your take on such innovations, comments us below.

Ready to Get Started?

We are digital solutions provider helping startups, enterprises, ecommerce businesses in sharpening their business & improving online presence through our design, development & marketing expertise. So whatever you need- we have a customized solution for you!

We love coffee, you too? Just drop your details for a FREE COFFEE

Check your website’s SEO score, content and social media analysis with our Media Kit for FREE!

Our door is always open for a cup of tea/coffee.

We appreciate your input