How Is Blockchain Transforming The Digital Marketing Industry?

Home  »  Blogs   »   How Is Blockchain Transforming The Digital Marketing Industry? 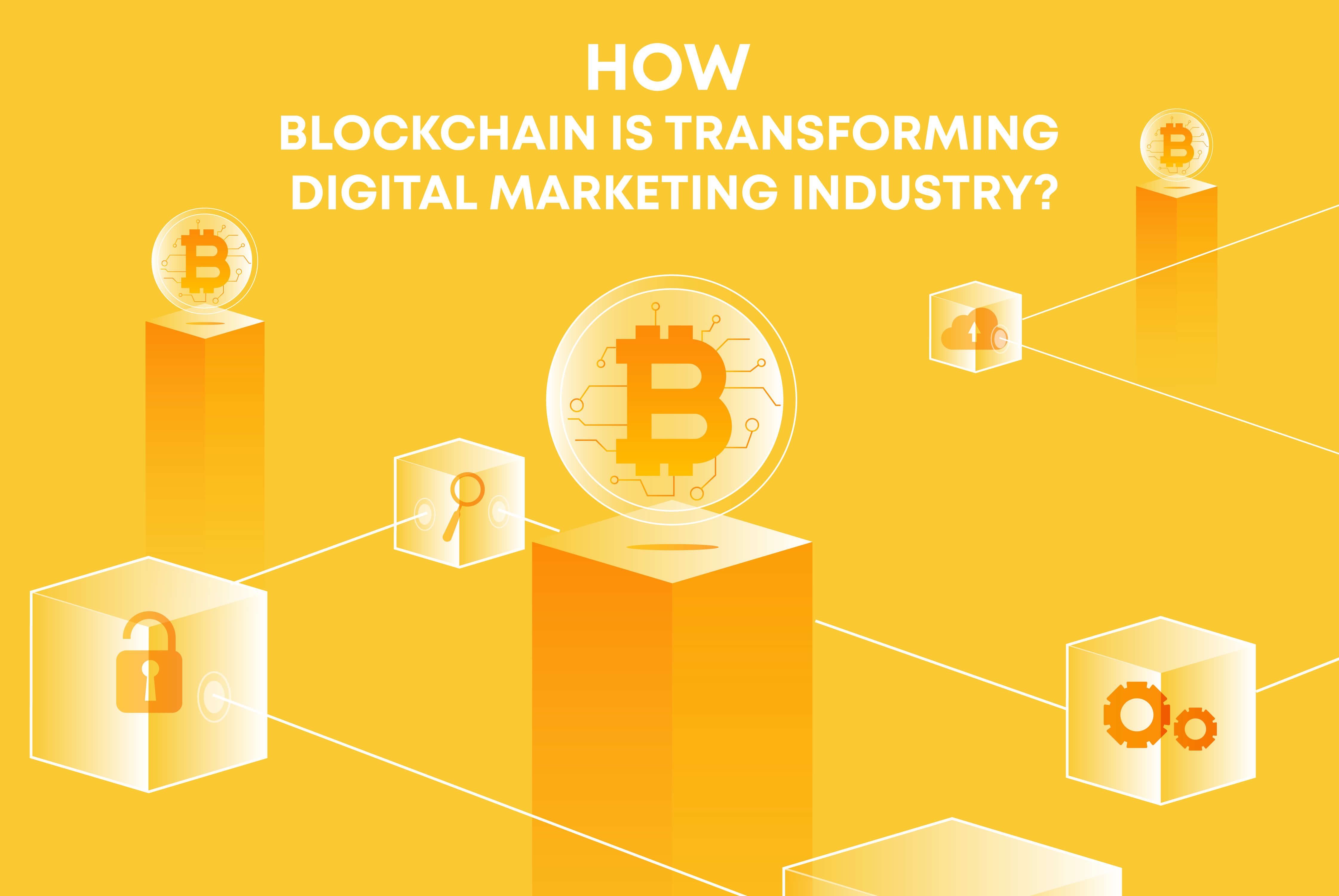 Cryptocurrency came with a boom in the investment industry and took the same by storm, though things didn’t seem to be turning out in its favor lately. We all want safer transactions of our money. If you consider the older methods of banking and finances to transfer money from one account to another, the money received from the sender is recorded in a ledger. While clearing and transferring the money to the receiver’s end, it gets noted in a ledger again. During the whole process, a ledger has been maintained, accessed, and looked upon by various people, and hence, it has a high risk of getting compromised.

Manual operations always carry a lot of risks and possibilities of human error. The data in these ledgers can be tampered and will always be at risk of manipulation. To resolve such issues, digitization was much needed, and here comes the concept of Blockchain.

A Blockchain is a set of blocks that stores your personal data. Your service provider enters this data (take the example of the banking system discussed above). It takes a lot of blocks to make a chain. With that said, there will be a lot of data in it. With every new entrant in the system, he/she can add a block to it that contains some unique data. “Blocks” on the blockchain are made up of digital pieces of information.

To understand this, imagine you have posted a picture on social media. Now, your viewers have a copy of your image with them, and they can add their comments to it, which will not hamper the original image and comments added by other viewers. It means every user will receive the same in its original format with several comments which may or may not grow with each view. Making changes to the original post is limited to the creator or the administrator or the owner of the account.

Blockchain is highly dependable, and it closes to impossible in terms of unauthorized manipulation. Hence, it can be abbreviated as a safer way to tackle the situations.

Digital Marketing faces certain issues where the concept of Blockchain can balance the drowning ship. A website gets its ads using Google Adsense. With this, Google places ads on the website and pays the website with each click on the ad. On the other hand, the ad owner who will be charged whenever a click happens has to pay the respective amount to Google. In this process, Google charges its share of commission and pays out the remaining amount to the former’s account. The traditional system of marketing keeps a middle person or intermediary whenever a transaction is carried out, and in this case, it’s Google.

With Blockchain marketing, you need not pay any commission to any intermediary holder. Rather, your transaction will be 100% genuine and pay you better. It is because every user is validated and verified one, and the transactions will remain fair. You, as the website owner where the ad is placed, will be receiving the right amount, and the ad owner will be paying exactly what its every click costs. Hence, both parties remain connected with better payouts and genuine costs. The extra cost that was earlier an expense for the middle man is now a part of profit and investment.

Blockchain is a decentralized technology. It implies that there is no governing body for your transactions; rather it goes through the supervision of the Blockchain network. Currently, everyone is using an intermediary for transactions and overseeing the process. This way, the supervision from their end is lost. Hence, to gain the customer’s trust, they should be given the liberty to watch it on their own. Proper documentation and authentication is a must to let the end-user trust your firm. With the Blockchain technique, things get much easier as the authentication and documentation is no more a headache.

Major brands do a tie-up with their venders and sellers. It helps their users to check where and how their ordered product is manufactured, packed, transmitted, and reaches the user. During the entire journey, it becomes easy to track the product and check for the reasons if any delay or damages have happened. The digitized copy of the same can further keep the companies accountable for anything that happens during the transit.

Blockchain is a direct chord between the ad owner and webpage owner, where the ad is supposed to be placed. It happens that if the user is on a food-related website, he/she might be seeing the ads related to cars. Such ads never make quality leads as the user is neither looking for buying a car on a food website nor the ad is to its liking. Such a technique ultimately ruins up the user’s experience and ad owners’ money invested in the ad. Search engines usually track the user’s search queries and store them in the database for future use. Though the user’s search history might be one of the reasons for that ad getting pop up, the user’s current intent isn’t about the car but the food. Hence, no lead gets generated.

On the other hand, if a relevant ad had been there, the chances of good leads and their conversion would have been highly probable. With the Blockchain technique, this outcome is possible. As the Blockchain revolves around the parties involved in the dealing, selection, and placement of ads will completely be in their control. This way, they can produce better quality links and ads to the user and get benefitted with the same as well. Instead of any random ad, these relevant ads will drive conversions much faster than any other technique.

Blockchain is not just limited to cryptocurrencies like bitcoin, though cryptocurrencies can be a part of it for the transactions. Digital marketing sees a huge scope in the way Blockchain works. It can omit out a majority of tasks that are participating just for intermediary benefits. We can use this technique in saving those bucks and optimizing proper ad strategy to publish relevant ads to the audience for better clicks and leads. If you have used this technique, tell us how you have used it.

Ready to Get Started?

We are digital solutions provider helping startups, enterprises, ecommerce businesses in sharpening their business & improving online presence through our design, development & marketing expertise. So whatever you need- we have a customized solution for you!

We love coffee, you too? Just drop your details for a FREE COFFEE

Check your website’s SEO score, content and social media analysis with our Media Kit for FREE!

Our door is always open for a cup of tea/coffee.

We appreciate your input